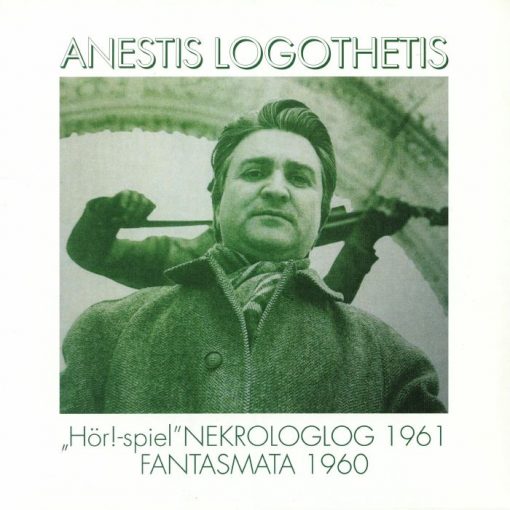 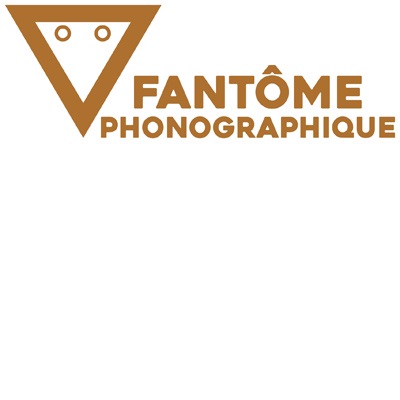 The Greek avant-garde composer Anestis Logothetis was noted for his pioneering tape techniques as well as developing his own notation system for composition that incorporated visual symbols meant to be interpreted by the performers. “Hör!-spiel” / Nekrologlog 1961 / Fantasmata 1960“collects 3 of his most famous works, realized in Vienna where he spent much of the 1940s-1960s.

The Greek avant-garde composer Anestis Logothetis was noted for his pioneering tape techniques as well as developing his own notation system for composition that incorporated visual symbols meant to be interpreted by the performers. “Hör!-spiel” / Nekrologlog 1961 / Fantasmata 1960“collects 3 of his most famous works, realized in Vienna where he spent much of the 1940s-1960s. After completing studies at the music academy there, in the 1950s Logothetis became enamored of 20th century composers like John Cage and Earle Brown, and moved away from traditional composition for orchestras and performers in favor of fully electronic composition in the late 50s. A groundbreaking composer and electronic musician, Logothetis has long been underappreciated by the world of avant-garde and electronic musicians but Fantôme Phonographique seeks to rectify that issue with this brilliant release.

Originally “pressed on behalf of the musical youth of Austria” in 1975, consists of two text-sound pieces from 1971/1961 and an absolute monster of an early tape-piece: the side-long “Fantasmata 1960.” This was composed, you guessed it, in 1960 in the “Institut Für Elektroakustik Der Musikhochschule In Wien”.

Fantasmata is a key word in the parlance of Western philosophy. Aristotle describes “fantasmata” as images that have their origin in the reminiscence of what has been perceived, and are created through the experience of the sensual perception of individual objects and occurrences. Logothetis thereby meets the core theme of electroacoustic music. Several years later, François Bayle describes acousmatic music as a music of fictional spaces and phantom figures – a world between real and imaginary causes. As sound material, Logothetis uses ecstatically shouting voices from Congo dances and several concretely recorded sounds. With the technical means of the 1960s (tempo variation, ring modulation) a work with a high inner tempo emerges, in which the listeners become groping characters in an unknown sound universe. This river of known and unknown sounds flows into a sounding stream, that of Meditation – a raw, granularly circling soundscape that opens up an archaic world of tonal being.
while Fantasmata remains Logothetis’ only work without visual realization, there is a “score” to Meditation, an action symbol which shows the circling on a drum covered with a skin. Logothetis carried out this work on his own, and it was performed in 1963 at Hermann Nitsch’s first public action (Aktion Perinetgasse – The Blood Organ”) of Viennese Actionism in Galerie Lagergasse.

Nekrologlog: This brief audio play of approx. 10 minutes was created in 1961 and was added as the closing address of my audio play Mantratellurium in 1970 – as its linguistic structures complemented those of Mantratellurium – but, as an independent monologue, was first performed on January 30, 1974 in my Planetarium Concert for the musical youth.