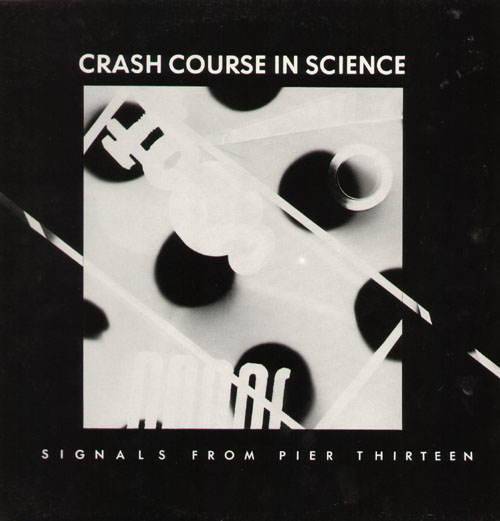 Crash Course In Science are a post punk band that formed in 1979 in Philadelphia.The band members, Dale Feliciello, Mallory Yago and Michael Zodorozny. They began to experiment with crude electronics and off-beat writing. CCIS avoids conventional instrumentation by using toy instruments and kitchen appliances to augment the distorted guitar, drums and synthesized beats.

The vinyl is housed in the original jacket featuring stark black and white photos of Pier 13. Each LP includes a double sided 11×11 insert with lyrics, photos of the band and the atmospheric pier. Crash Course in Science go above and beyond what is considered ‘New Wave’ in attitude and sound.