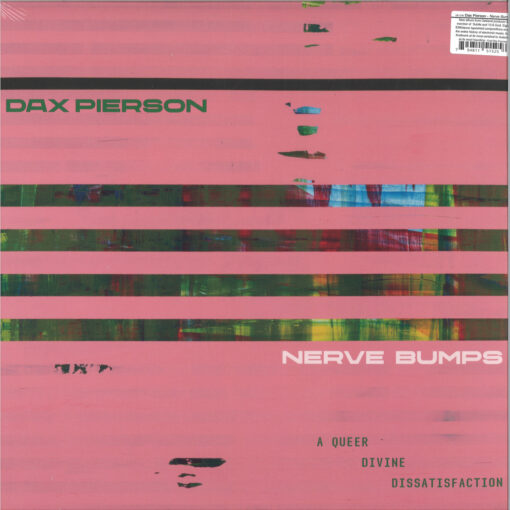 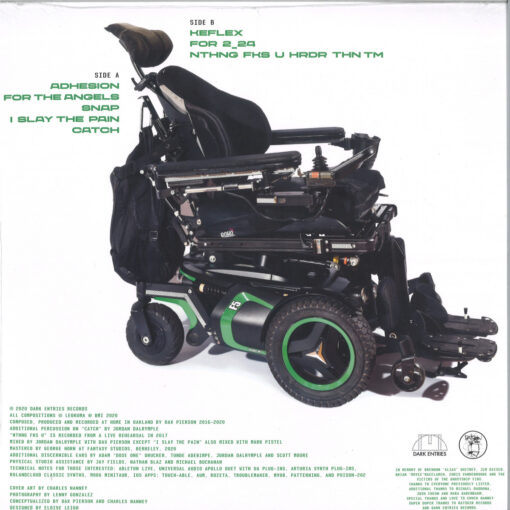 Pierson tells a complicated and inspiring story on “Nerve Bumps” , which is both a privilege and a gift to experience. Tracks such as “I Slay The Pain” reiterate that although Pierson has to live his life as a quadriplegic, this does not define him as an artist or as a person. The cinematic “For The Angels” plays as a masterclass in heart and body-moving rhythms and undulating synthesizers. Pierson directly confronts the listener on “Snap”, an act of solidarity with the disabled community. Sputtering orchestral swells become encapsulated by splintering shards of Pierson’s voice, evoking his relentless determination to learn new music production methods as well as share his experience with losing certain physical abilities. The album’s closing track, “NTHNG FKS U HRDR THN TM”, is a perfect distillation of the varied emotions explored on the album. Warm, heavy synths masterfully guide us down a psychedelic slope through the track’s twelve minutes.

On “Nerve Bumps” , honesty, empathy, and humanity bleed through the speakers like a dark liquid just beneath the skin’s surface. For Pierson, music is his lifeblood, both as a creator and a listener.

“Nerve Bumps” was mastered by George Horn at Fantasy Studios. The front cover features a painting of pink and green horizontal stripes by Pierson’s partner, artist Chuck Nanney. A photograph of Pierson’s wheelchair by Lenny Gonzalez graces the back sleeve. Dax’s guiding mantra throughout this journey has been a quote from choreographer Martha Graham: “No artist is pleased… There is only a queer divine dissatisfaction, a blessed unrest that keeps us marching and makes us more alive than the others.”