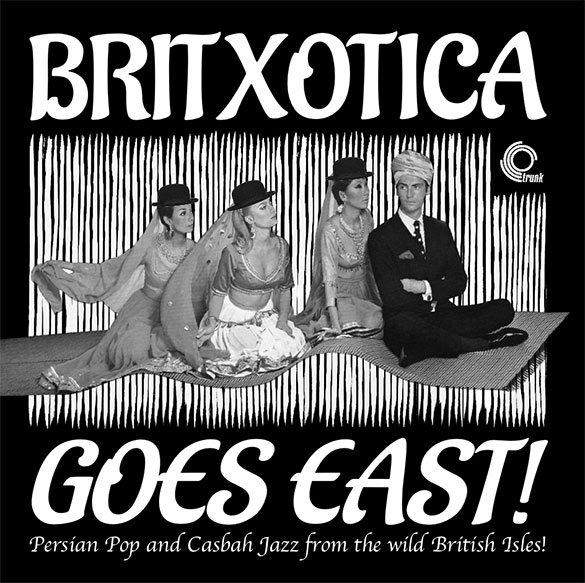 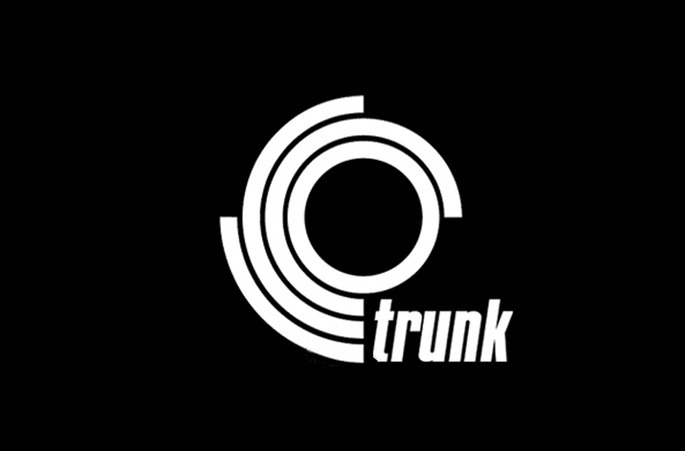 Jonny Trunk says: “Number two in the Trunk Records series of Britxotica albums (basically super rare British exotica recording) is our journey to the East. If I ever come across an LP or 7” with just a whiff of Eastern mysticism, oddness of maybe just a camel, I will buy it. So I thought this was the perfect next installment to the Brixotica! series.”

Gloucestershire genius Joe Meek’s technical wizardry enhanced many Britxotica recordings as his progressive skills perfectly suited the experimental nature of the music. Working on Yashmak with Latin bandleader Chico Arnez, aka Streatham born bassist Jackie Davis, he creates a strident mix of bongos, drums and finger symbols in an attempt to conjure up an authentic Arabian atmosphere. He achieves this brilliantly, a considerable accomplishment as it was engineered in Pye Studios, just off the Marylebone road.

20 yr old whiz-kid string arranger Charles Blackwell worked under the guidance of Meek and soon became sought after for his beefy production sound, heard on many hits including Kathy Kirby’s ‘Secret Love’ and Tom Jones’s ‘What’s New Pussycat’. Here, in mashed-up Britxotica fashion, he combines the 1920 composition ‘In a Persian Market’ with something unexpected, England’s latests dance craze, The Twist.

Born in Whitechapel to Eastern European Jewish immigrants, Solomon Schwartz began composing from the age of 12. Changing his name to Stanley Black, he achieved enormous success on both sides of the Atlantic with lush orchestral arrangements. Black was also one of the first English artists to release a long playing record and explore Latin American rhythms. The 1961 album ‘Exotic Percussion’ contains a myriad of inventive instrumentation, his cover of ‘Caravan’ is a gem of dramatic seduction while ‘Miserlou’ is an eruption of frenzied bongo mania.

Arabesque beauty Yana’s stunning looks and exotic charm proved irresistible to audiences who encouraged her one hit ‘Climb up the Wall’, which she sang in the epic movie ‘Zarak’, to climb up the charts. Although her real name was Pamela Guard, Yana’s allure was authentically eastern, being born and bred in Romford, Essex.

Crooner Kenny Day released a few 45’s on Top Rank, from jazz ballads to romantic teenage pop. His ‘Sheik of Morocco’ is a slightly popcorn novelty number written by Bob Merrill, lyricist of the musical ‘Funny Girl’. Sensitive Dorset born Roy Tierney was only 18 when he recorded ‘The Lonely One’ and according to the disc’s informative sleeve-notes, was expelled from school for his love of theatre before becoming a cabaret singer and ardent Budgerigar breeder. This sultry track was produced by Ivor Raymonde with a simple bongo led backing and tucked away on a B-side.

Ray Ellington, the mixed race son of a black American music hall entertainer and Russian mother, was raised in Kennington as an orthodox Jew. He wrote and performed swinging, humorous, Louis Jordan style jump jazz with a combo whose upbeat, electric guitar led sound proved inspirational with early rock and rollers. His 1959 release The Sultan of Bezaaz is a typically Britxotic mix of comedy, rock-n-roll and Persian pop delivered in Ellington’s boisterously cheeky manner.

The advent of the Beatles and their stoned love of fashionable Indian styles, caused interest in Middle Eastern music to wane, with songwriters only occasionally exploring the genre. The Rolling Stones used up-tempo Arabian rhythms on ‘Paint it Black’ while Led Zeppelin went slow, dark and deep on ‘Kashmir’. However, British audiences still preferred their Eastern exotica to be far less serious. Lads loved jumping around as Madness sang ‘Night Boat to Cairo’, students would forever ‘Rock The Casbah’ and girls, like the Beverly Sisters 30 years before, couldn’t resist the urge to get in a line, turn sideways and ‘Walk like an Egyptian’.