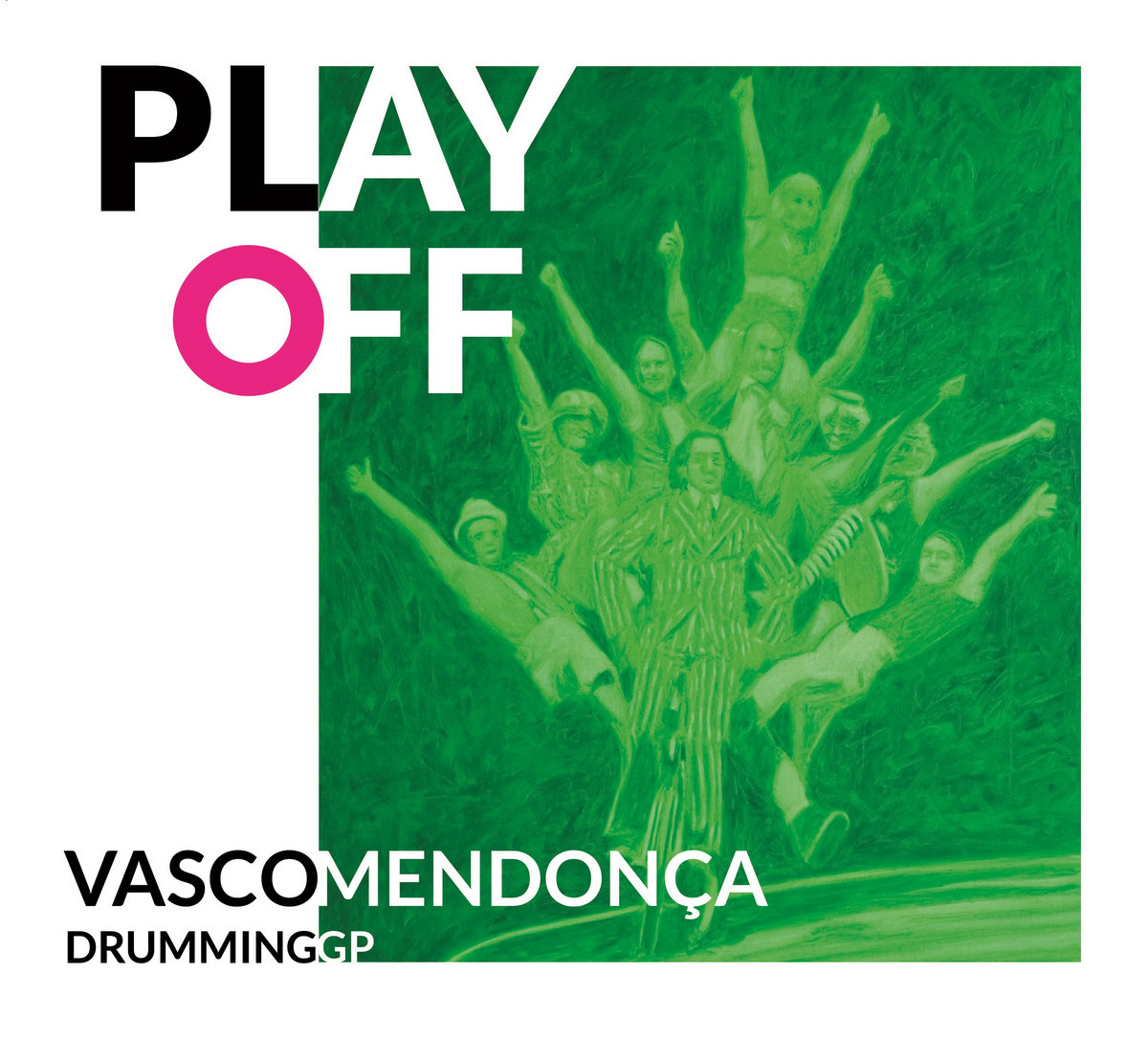 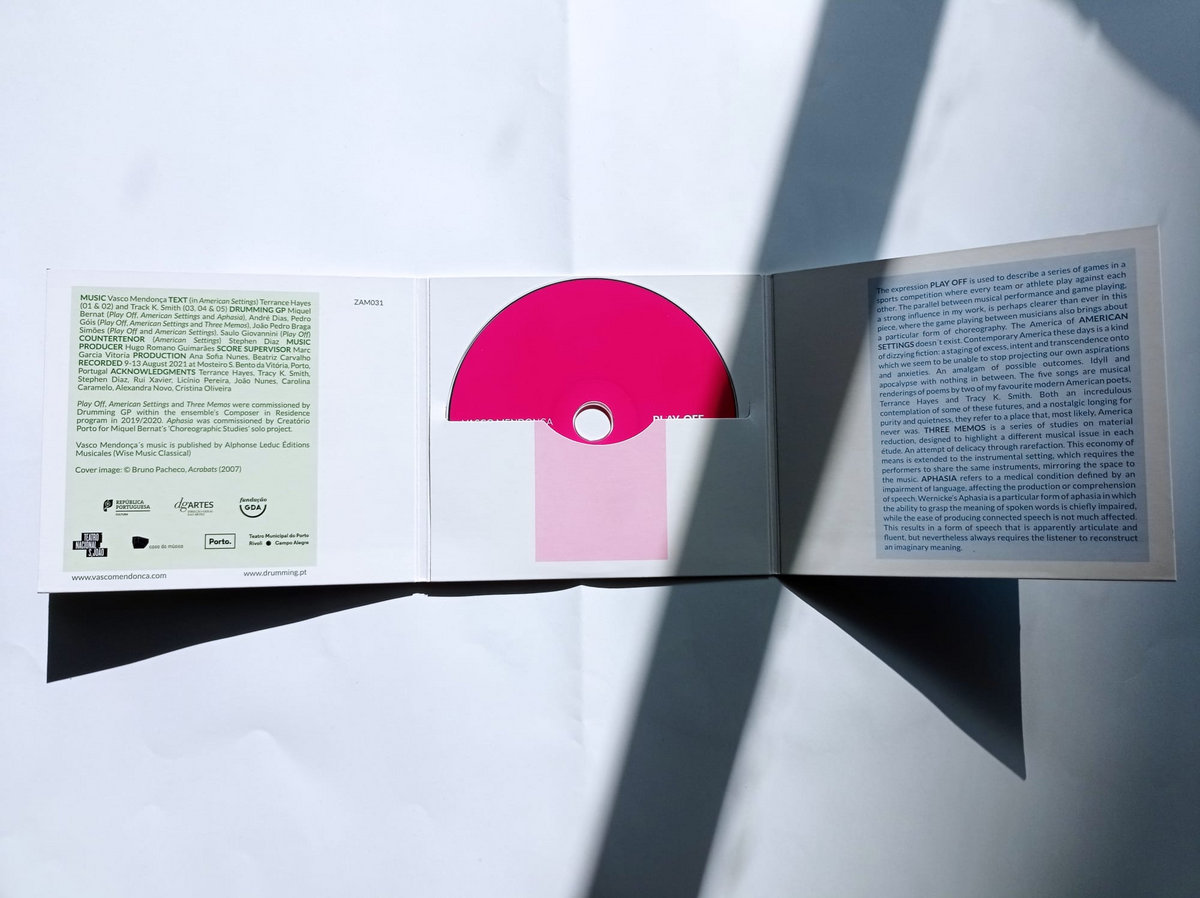 Vasco Mendonça’s attention to detail is somehow euphoric, contagious. In “Play Off” he invites the Portuguese percussion group Drumming GP to play four of his new compositions.

Vasco Mendonça’s attention to detail is somehow euphoric, contagious. In “Play Off” he invites the Portuguese percussion group Drumming GP to play four of his new compositions.

The title suggests that everything is more of a challenge than an invitation and part of the thrill of this music is to navigate the idea of the suggestions addressed by the composer in the title of the pieces or in the liner notes of the CD. He describes “Play Off”, the opening piece, as a “parallel between musical performance and game playing, a strong influence in my work, is perhaps clearer than ever in this piece, where the game playing between musicians also brings about a particular form of choreography.”

The openness of its four parts builds up as a great introduction to everything that happens in and around it. In “American Settings” Vasco uses the words of two American Poets – Terrance Hayes and Tracy K. Smith – as outlines of contemporary America and a longing for another time. In “Three Memos” Drumming GP were asked to limit their instrument resources and perform the piece with the idea of rarefaction in mind. Each of the three parts is an excellent exercise of space, time, and sonic creation. The 12 minutes of “Aphasia” show Vasco Mendonça trying to liberate himself from standard ideas of contemporary music and moving into languages closer to late 1990s electronic music.