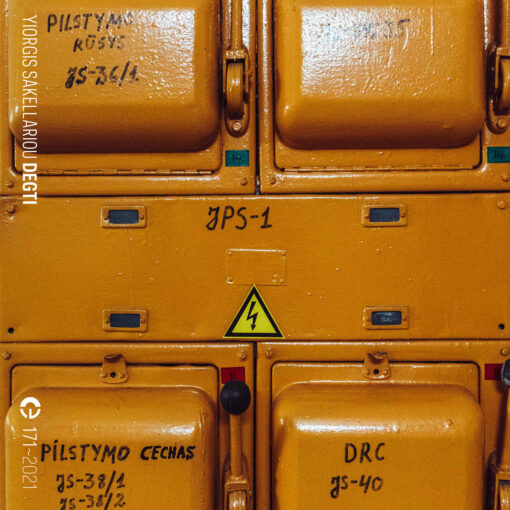 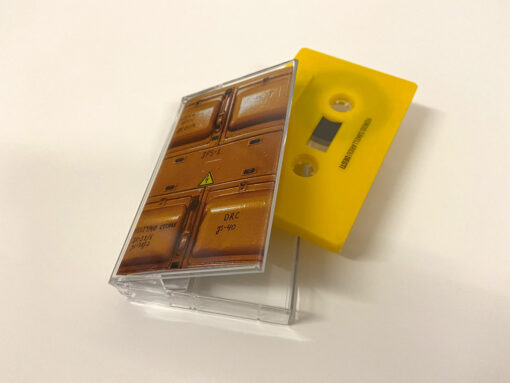 Yiorgis Sakellariou is a composer of experimental and electroacoustic music. Since 2003 he has been active internationally, publishing solo and collaboration albums and presenting numerous sonic performances. He has composed music for short films and theatre plays, led workshops and moderated soundwalks.

“Degti” was premiered on September 12, 2019 at Vilniaus Degtinė, a vodka factory in Vilnius, during the Muzika Erdvėje festival, with an audience consisting solely of Vilniaus Degtinė employees. Degti invites listeners to re-imagine the recordings made at the factory not as a soundtrack of labour, monotony and production but as a ghostly presence, purposely created to be purposeless. It celebrates mechanical character while attempting to remove links to specific sounding objects. This dual identity within the machines, partly material and partly transcendental, unfolds in compositional time during which matter transforms into spirit while spirit is embodied in the machines.

Be Pavadinimo was composed in 2019, based on environmental sounds recorded in various locations in Greece and Lithuania. Variations of the piece were performed in POKŠT Gallery in Utena and in Kirtimų Kultūros Centras in Vilnius.

Yiorgis Sakellariou is a composer of experimental and electroacoustic music. Since 2003 he has been active internationally, publishing solo and collaboration albums and presenting numerous sonic performances. He has composed music for short films and theatre plays, led workshops and moderated soundwalks.

His practice focuses on the communal experience of listening and the communication between composer, audiences, performance spaces and the rest of the physical and supernatural world. He only performs in absolute darkness, fostering an all-inclusive and profoundly submerging sonic experience.

He completed his PhD at Coventry University (April 2018) with research that drew inspiration from ethnomusicological and anthropological contexts and explored the sonic symbolism and socio-aesthetic settings in ecstatic religious rituals in relation to field recording, electroacoustic composition and acousmatic performance. He is a lecturer at Vytautas Magnus University (Faculty of Arts) and at the Lithuanian Academy of Music and Theatre (Department of Composition).